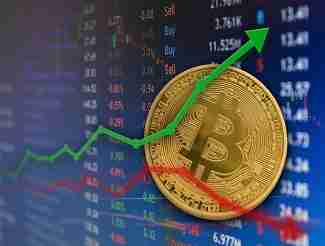 The movement of Bitcoin’s price is in the limelight of the investors’ community nowadays. Admittedly, Bitcoin’s behavior has never been predictable, but this intense interest seems to have been escalating over the past several years. The reason is pretty clear: nobody expected that Bitcoin would become such a globally influential event, let alone an asset. This virtual currency became equally popular among high-grade institutional investors and eager individuals, so frequent ups and downs don’t tend to affect its influence on the world’s economy.

Therefore, near-future predictions about Bitcoin are quite a thrilling topic to discuss today. This article will combine scientific analyses with experts’ opinions in order to provide a reasonable expectation for Bitcoin in 2030. Furthermore, we’ll cover some of the previous price predictions so that you can see to what extent the viewpoints can differ when talking about cryptocurrency.

A Brief History of Bitcoin’s Price

Can you imagine that it has been just over a decade since the decentralized concept of Bitcoin was introduced to the world? It all started in 2009, when the anonymous genius Satoshi Nakamoto published a link to a white paper called Bitcoin: A Peer-to-Peer Electronic Cash System, heralding a new wave of financing that excludes all layers of intermediaries and time-excessive transactions. It wasn’t an easy way for Bitcoin to receive any sort of public recognition. Interestingly enough, its first denominational value against the American dollar was with a symbolic rate of  US Dollar = 1,309.03 BTC.

Gradually, Bitcoin received more and more attention, and between 2010 and 2017, its price ranged between $2 and $1,200. However, we aren’t talking about an upward price trend here. On the contrary, Bitcoin prices could rapidly shift in both directions within a single month or even a day. As an illustration, in October 2017, the exchange rate of Bitcoin was under $5,000,then reached an all-time high of $20,000 in December the same year and suddenly dropped to $7,000 several months later.

The pandemic outburst in 2020 forced people to orient towards digital space, which naturally led to the Bitcoin boom. No single day would pass without Bitcoin making headlines. The new digital era may have added to Bitcoin’s huge demand, but it doesn’t seem to have brought any price stability. For example, in April 2021, Bitcoin reached a jaw-dropping value of $63,000 but a single tweet from Tesla’s CEO Elon Musk was enough for an unfortunate, almost double fall. Was anyone even close to predicting this?

It’s astonishing how experts’ predictions for 2020 varied. One of the most interestingly wrong ones was the prediction of the (late) famous entrepreneur John McAfee, who claimed that Bitcoin will reach $1,000,000 by 2020. McAfee stated this in July 2019 and what’s more, he was really assertive and confident in his over-optimistic forecast. On the other end of the spectrum, the influencer Robert Schwertner shared a considerably pessimistic prognosis in January 2020 for the ongoing year, where he claimed that Bitcoin had no future.

Despite these drastically inaccurate statements, some experts got quite close. The predictions of Alexander Zaidelson, Beam CEO, and Danny Scott, CoinCorner CEO were almost 100% accurate, showing that we still can rely on crypto experts’ opinions.

Short-term negative fluctuations of Bitcoin’s price shouldn’t discourage you. The predictions for 2030 are generally favorable. To be on the safe side, we’ll focus on the most plausible ones.

Tyler Winklevoss, one of the famous Winklevoss twins and owners of Gemini, claims that Bitcoin will soon replace gold as a leading store of value, getting close to its market cap of $9 trillion, which means that Bitcoin has a real chance to hit $500,000 by 2030.

The first investor in the popular social media app Snapchat, Jeremy Liew, projects Bitcoin’s value in 2030 at the same amount as Tyler Winklevoss:  $500,000. Liew, whose fortune is estimated at $2 billion, is involved in the crypto business as an investor in LedgerX, a reputable hardware wallet.

This opinion is also supported by Peter Smith, owner of another Bitcoin wallet company called Blockchain. Smith’s forecast for the value of Bitcoin in 2030 dates back from 2017. He’s been right on track so far.

Kay Van-Petersen, a Danish bank analyst, doesn’t have expectations that are as high. He predicts a potential Bitcoin value of $100,000 per unit before 2030. Van-Petersen is a Twitter business influencer with proven expertise in online investments. This opinion is far from pessimistic, but it sounds more reasonable than $1 million forecasts.

As accurate as they may turn out, Bitcoin’s price predictions by crypto-savvy experts are emotionally-driven personal assumptions. Let’s direct our focus to the scientific instruments that project the forecast based on the existing pattern of Bitcoin’s movement.

You’ve heard that mining is the initial method of acquiring Bitcoin. The reward miners get when they generate a new piece of Bitcoin (solving complex math problems) is known as a subsidy. The subsidy amount is divided by two every four years. Originally, it was 25 BTC, but it’s dropped to  6.25 BTC by this point. By 2028, halving will reduce the mining reward to 1.5625 BTCT. This process is called Bitcoin halving, and the next one is expected in less than two years. Each time a halving occurs, there is unmistakable growth in Bitcoin’s price.

This is closely related to using the stock-to-flow mechanism, which existed long before the rise of cryptocurrencies, as an indicator for determining the commodity’s price. This mechanism determines how much Bitcoin is presently circulating against its currency production, corresponding with the supply-demand system of the halving ratio. According to the standard line graph, Bitcoin is likely to surpass the psychological barrier of $1,000,000 before 2030.

Provided that there is a total supply of 21 million BTC (around 4 million out of the total supply is considered gone forever as a result of irretrievably lost private keys), and only a limited proportion of the circulating Bitcoin is liquid (since the majority of Bitcoin investors keep their assets for ages), this model predicts a sky-rocketing demand for Bitcoin.

The positive predictions of Bitcoin’s future are powerful enough to reshape our hesitating attitudes towards the blockchain industry. However, there are many external factors that could interfere with the rising trend of Bitcoin, varying from global politics to hidden business interests. Certainly, you shouldn’t ignore any of the possible scenarios, but the final decision for investing in Bitcoin must be based on your personal investment goals and business instincts.

More particularly, if you believe that Bitcoin’s heyday has already gone and somehow you missed out grabbing a piece when you had a chance, there is a broad spectrum of other altcoins to consider. These include prevalent ones like Ethreum (ETH), Litecoin (LTC), Bitcoin Cash (BCH), and Stellar (XLM).

However, if you stick to the belief that Bitcoin’s time is yet to come, do not wait for a second longer and find a well-suited marketplace for your future long-term savings.

Whichever belief you hold, you can always count on Coin IRA to provide clear options and to facilitate your ultimate decision. Now that you have a clear understanding of Bitcoin’s forecast, it’s time to see for yourself that investing in crypto has never been easier, especially when our team stands behind your long-term investment plan.