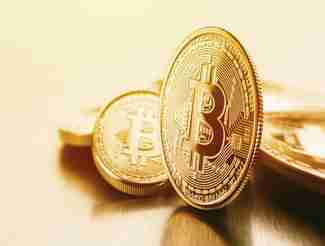 More and more mainstream financial companies are starting to think about the possibility of offering their customers the ability to invest in Bitcoin and cryptocurrencies. With the introduction of Bitcoin futures last December having been a resounding success, companies such as Goldman Sachs, Morgan Stanley, Barclays, and others have discussed the possibility of opening Bitcoin or cryptocurrency trading desks to offer their customers access to cryptocurrency markets.

Because regulators are still sorting out the treatment of cryptocurrencies, none of these companies want to be the first to jump into the market. But none of them want to be the last, either. The first mainstream financial services company to offer a compelling product will gain a definite foothold among mainstream investors. And with the New York Stock Exchange’s owner looking at setting up its own cryptocurrency exchange, it’s definitely only a matter of time before the mainstream gets into Bitcoin.

When that happens, expect Bitcoin’s price to rise significantly. Increased demand from mainstream individual and institutional investors will boost Bitcoin’s price and benefit Bitcoin IRA investors who got in early enough. And when it happens, it will likely happen very quickly, so those investors who are prepared and hold Bitcoin before the great mass adoption will benefit the most.