How High Will Ethereum Go? 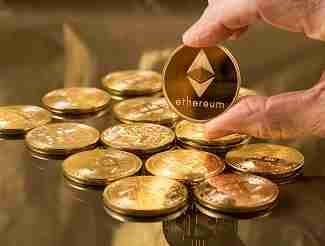 Ethereum is more than just “an altcoin” in the Bitcoin and other altcoins phrase. As graphs suggest, it remains strong in spite of going through a turbulent 2020.

Isn’t this a positive signal that Ethereum (ETH) has set solid grounds for potential investors?

If you’re still hesitant when it comes to the legacy of Ethereum or maybe feel reluctant to shift your focus from “the one and only” Bitcoin, no worries.  Investors’ reluctance arises mainly from Ethereum’s native settings and the fact it’s been associated with a more technical background.

It’s true, this blockchain-based representative is nothing similar to what you’ve already come to know of Bitcoin (BTC), Litecoin (LTC), or Stellar (XLM). The blockchain technology behind Etherum is far more robust than all listed examples, which makes Ethereum more than just a regular cryptocurrency. It’s been utilized to serve as the basis for building new, decentralized applications on top of it. In this respect, Ethereum has great support from Enterprise Ethereum Alliance, an association consisting of Fortune 500 companies that have entered a strong partnership in developing cross-industry projects and innovations based on Ethereum smart-contract technology.

We’ll discuss the core ETH principles to see to what extent BTC and ETH differ and whether Ethereum has the slightest chance of surpassing the unquestioned crypto champion BTC. We’ll support this with a short history of Etherum and near-future predictions, which will potentially serve as a valuable guide for you as a potential investor.

The idea of Ethereum as a decentralized, open-source platform for the use of its native cryptocurrency Ether was presented to the public in 2015. The coin itself is often referred to as Ethereum, and such interchangeable use of both terms has been widely accepted in the crypto jargon.

The Ethereum software is run by Distributed Apps and Smart Contracts allowing safe and anonymous transaction execution without employing a third party to control the process. Ethereum is also a programming language used by software developers to create new applications that are run on Ether, as a basic cryptographic token and a moving wheel to the Ethereum software.

This trading model has the ambitious goal of creating an entirely private environment resistant to cyberattacks and scams since there is no personal or bank information to be recorded on the blockchain ledger. Contrary to popular belief, Ethereum doesn’t have a limitless supply. The supply limit does exist but it increases at an estimated rate.

As we mentioned above, Ether is a medium of exchange like all other cryptocurrencies and can be traded commercially. It’s the second-largest cryptocurrency, found on all well-established crypto marketplaces that allow trading with multiple assets other than Bitcoin. However, unlike other altcoins, Ether and the Ethereum-based tokens can be used only for dApps’ facilitation. That being said, you can trade another crypto in exchange for Ether, but Ether cannot be replaced with another crypto to supply computing power on the Ethereum blockchain.

According to one of the cofounders of Ethereum, Vitalik Buterin, the idea behind this blockchain technology arose from the flaws of the already existing Bitcoin network concerning full liberation from centralized authorities. This idea was described for the first time in the white paper Buterin released in 2013.

The next year, he and the other co-founders created a crowdsourcing campaign selling Ether to participants through which they managed to raise $18 million. The first Ethereum release called Frontier was officially established in 2015. And then, in a relatively short period, Etherum massively grew to gather hundreds of contributing developers.

Expectedly, Ethereum went through severe growth issues mainly due to the concern of security, pretty similar to what Bitcoin faced in its early stages. In 2016, there was a critical cyber-attack resulting in a loss of $50 million worth of Ether, which raised the question of Ethereum security in general terms for the first time.

The theft started a dispute in the Ethereum community followed by a separation into two separate blockchains Ethereum Classic (ETC) and Ethereum (ETH). Expectedly, it didn’t go without drastic price fluctuations.

The price of $75 in May 2017 managed to hit $1066 by December the same year, following a dramatic drop to $411 only several months after, with no considerable recurrence of the 2017 success. This negative trend lasted until 2020, when the price of Ethereum started growing again, a trend that is still going strong at the time of writing this article.

The crypto market is in constant flux and many relevant predictions have failed to come to fruition. However, based on the unlimited operational model, experts see endless potential in the future development of Ethereum apps. When we also take into account that it was Bitcoin that led the way in general adoption, we find that we have a chronological pattern to rely on even though both crypto products differ at numerous levels. These enthusiastic predictions are further supported to some extent by the impressive figures that indicate a massive acceptance of digital assets and their rapid transformation into mainstream finance.

Wallet investor’s technical analyses consider Ethereum a profitable investment opportunity predicting a long-term increase in Ethereum price. More specifically, by the end of next year, the price of Ethereum is estimated to rise to $6220, and in five years, it is expected to reach $11471. The Italian analysis service Previsioni Bitcoin goes even a step further, predicting an outstanding ETH value of $10,029 by the end of 2021.

Long Forecast expects a drop in price under $3,000 soon this year, but the prediction is that it shouldn’t last longer than a month or two. They predict that by the end of 2021, Ethereum will hit $10,000 and continue to reach a new all-time high each following month for the years to come.

So, the most relevant factors in the crypto industry share the general impression that Ethereum has a bright future. We’ve nothing else to do but conclude that Ethereum is worth our attention as a long-term investment. The question that remains is, can it surpass Bitcoin?

Ethereum is the most prospective candidate for outshining Bitcoin but it’s still a young player on the crypto scene. So, it’s quite unfair to compare both cryptocurrencies on equal terms.

However, we must agree that Ethereum can be perceived as a more advantageous asset in several respects. First, the Ethereum network enables trading more than just one crypto. Second, Ethereum isn’t limited to a single cryptocurrency exchange method, offering smart contracts and Ethereum Virtual Machine options as well. Moreover, giant investors like Microsoft and IBM have chosen Ethereum as a wise investment. And finally, Ethereum is eligible for Cryptocurrency IRAs so that’s a perfect opportunity for your investment portfolio.

As one of the crypto veterans, Coin IRA can provide all the support and guidance you need towards a rewarding crypto experience. Don’t let another historical price boom pass by unattended Contact Coin IRA’s experienced team and get started securely in your next chapter of life savings.