What Happens If Libra Never Launches? 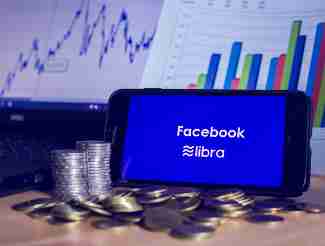 Facebook’s Libra cryptocurrency project has probably been the most hyped and most talked-about cryptocurrency project this year. From those touting Libra as the greatest thing since sliced bread to those condemning Libra as a threat to the world financial system, it’s not difficult to find an opinion that someone holds on the controversial cryptocurrency. But what would happen if, after all this hot air is expended on Libra, the project never sees the light of day?

That isn’t as far-fetched as it seems, as Facebook itself even acknowledges. In a filing with the Securities and Exchange Commission (SEC), Facebook stated that “there can be no assurance that Libra or our associated products and services will be made available in a timely manner, or at all.” That’s largely the result of a huge amount of regulatory pushback, not only in the United States but around the world.

Government finance ministers, central bankers, and politicians from all over the spectrum have expressed skepticism of Facebook’s goals, and the methods it used to create Libra. Whether or not Libra was created to deflect criticism from Facebook’s recent scandals, there can be no denying that those recent scandals have colored regulators’ views of Libra. And those scandals may end up resulting in regulators deciding to sink Libra before it even has a chance to get started.

Whether it’s authorities in Switzerland, where Libra is based, or in the US, where Facebook is headquartered, or multinational institutions such as the G7 that take the lead combating Libra, Facebook’s project may never see the light of day. What would that mean for the cryptocurrency world?

Honestly, it probably wouldn’t mean a thing. Bitcoin has already made great strides in demonstrating the feasibility of cryptocurrency both as a currency and as an investment asset, and its adoption throughout the world continues to grow by leaps and bounds. The last thing the cryptocurrency world needs is a cryptocurrency that replicates the centralized control that Bitcoin sought to overcome.

While Libra may have held some advantages for some people, for most people it wouldn’t have done anything that Bitcoin can’t already do. So rather than mourn Libra’s eventual demise, if it comes, cryptocurrency enthusiasts would be far better off celebrating where Bitcoin is right now and how much further it can go.