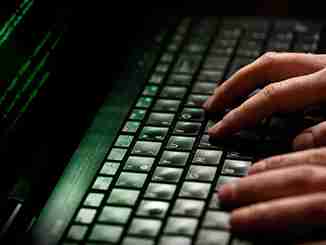 In news that has shocked cryptocurrency markets, it has been reported that hackers are exploiting a software flaw first discovered by the US government to take control of computers and use them to mine cryptocurrencies such as Bitcoin and Monero. The exploit, known as Eternal Blue, was a flaw in Microsoft software first discovered by the US National Security Agency (NSA). The flaw’s existence was leaked from the agency, allowing hackers a previously unknown backdoor into perhaps millions of computers. Once hackers were able to exploit that flaw, they could harness other people’s computer processing power to mine cryptocurrencies for themselves.

This form of cryptojacking is becoming increasingly popular among cybercriminals, as it targets unsuspecting computer owners who many not be aware that their computers have been compromised. And by harnessing thousands or millions of computers at a time, hackers can mine cryptocurrency and rake in lots of new wealth without hardly lifting a finger.

While the flaw was supposedly patched in a March 2017 software update from Microsoft, we all know that many computer owners don’t regularly update their computer software. Those are the people most at risk from cryptojacking.

Although this news is worrying, Bitcoin IRA investors don’t have much to worry about. For one thing, cryptojacking doesn’t target existing Bitcoin holdings, it only seeks to mine new cryptocurrency. Secondly, Monero is by far the most popular cryptocurrency for illicit crypto mining, with 85 percent of illegal mining favoring Monero, and only 8 percent favoring Bitcoin. So your odds of purchasing Bitcoin that has been illegally mined is pretty small.

Still, this news serves as yet another reminder that security is of the utmost importance when dealing with cryptocurrencies, and making sure that you constantly update and upgrade your security posture is crucial. If you sit back and assume that everything will be okay, it’s probably only a matter of time before you end up being the target of nefarious criminals.