Was Mt. Gox’s Trustee the Reason Behind Bitcoin’s Poor Performance in 2018?

Was Mt. Gox’s Trustee the Reason Behind Bitcoin’s Poor Performance in 2018? 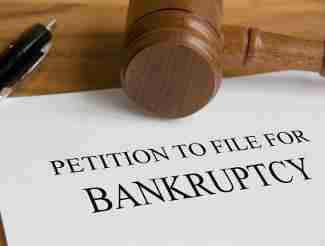 Just as quickly as it rose at the end of 2017, Bitcoin stumbled and began to lose value in early 2018. And from February 2018 onward Bitcoin continued to lose more and more value. It was a perplexing move that befuddled Bitcoin investors and market watchers. It was especially confusing since stock markets were losing value too, so one would have expected Bitcoin to gain value as investors sought Bitcoin as a safe haven. But now we may know at least one major factor that contributed to Bitcoin’s fall last year.

Most people in the Bitcoin world have at least heard of Mt. Gox and its saga, even if they’re not familiar with all the intricate details. In the early days of Bitcoin when the cryptocurrency was first beginning to pick up steam, Mt. Gox was the largest Bitcoin exchange in the world. Based in Japan, the exchange was handling over 70% of all worldwide Bitcoin transactions by 2014. But in early 2014 the company declared bankruptcy after announcing that over 850,000 bitcoins had been stolen from the company’s hot wallet, with the theft perhaps dating back to 2011.

Mt. Gox’s remaining assets have been the subject of a long court battle since then, with a bankruptcy trustee being appointed to oversee liquidation of assets to make creditors whole. It’s that liquidation of assets, through the selling of Bitcoin, that may have led to Bitcoin’s initial crash in 2018.

Over the course of several months from February to June of last year, the Mt. Gox trustee sold a total of roughly $312 million in Bitcoin, selling tens of millions of dollars worth per week. Not only that, but the Bitcoin was dumped onto a Japanese exchange, helping push the value of Bitcoin down just when it needed a rally to recover from its initial losses in early 2018. This dumping was undertaken against the advice of Bitcoin experts, who recommended selling the exchange’s remaining Bitcoin assets through an over-the-counter broker rather than through an online exchange so as to minimize the downward pressure on Bitcoin’s price.

But the trustee ignored that advice and decided to dump Bitcoin anyway, which likely contributed greatly to the 40% loss in Bitcoin’s price over the period of time that the sales were taking place. With all the negative press that ensued, further price drops were all but inevitable.

As Bitcoin becomes more and more developed, dumps like this will be less and less possible. The Mt. Gox’s trustee’s actions were a one-off that we hope won’t be repeated. But at least we have some knowledge now of why Bitcoin lost value in 2018, so that Bitcoin investors realize that the factors that led to Bitcoin’s drop last year won’t be able to repeated and that Bitcoin will recover from here on out to regain what it lost.