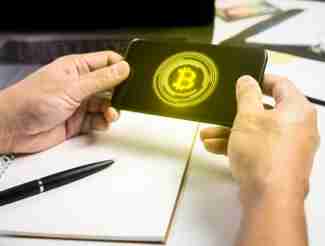 With government agencies shutting down and furloughing their employees for the past month, not much has gotten done. While that hasn’t affected overall cryptocurrency markets too much, it has affected specific projects that are dependent on federal approval. And because the outlook for the government reopening was looking so bleak, the shutdown last week claimed its first cryptocurrency victim.

The CBOE BZX Exchange withdrew its application to launch a Bitcoin exchange-traded fund (ETF) last week, when the government shutdown looked like it might go on for an indeterminate period of time. The SEC had until February 27 to deny the application, otherwise it would have gone through on a technicality. Since in all likelihood the agency would have rejected the application solely for the fact that it didn’t have enough staff still working to vet the application, CBOE decided to withdraw the application.

CBOE is probably kicking itself now that the government is set to reopen for another three weeks, although given the backlog of work the SEC is probably facing it’s doubtful the agency would have had time to approve the application. At any rate, CBOE plans to resubmit its proposal in the future, presumably once there’s a better sense of whether or not the government will face another shutdown.

Of course Bitcoin ETFs, like other asset-based ETFs, aren’t the ideal means of investing in Bitcoin, as investors won’t actually hold bitcoins. That’s why Bitcoin IRAs are superior, allowing investors to hold Bitcoin and benefit from its long-term price growth potential while still allowing them to hold bitcoins and use them should they desire to take them as part of a distribution.