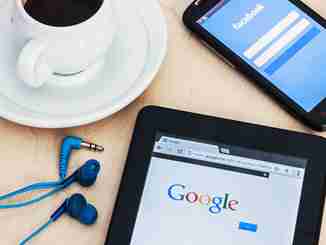 In an update to its ad policy that will frustrate cryptocurrency businesses, Google has decided to ban ad content from cryptocurrency firms. That ban will extend to firms offering ICOs, cryptocurrency exchanges, cryptocurrency wallets, and cryptocurrency trading sites, as well as others. That move could harm numerous companies that rely on Google’s ad services to get their message to potential investors.

For established exchanges such as Coinbase, or for established Bitcoin IRA providers, the ban won’t be as harmful as it will be to smaller, newer businesses. In a field as cutting edge and innovative as cryptocurrencies, new businesses offering new products and services are starting up all the time. And with such a crowded marketplace, trying to rely on organic growth is impossible. Gaining exposure through organic growth takes far too long nowadays, so marketing and advertising is essential, especially if you want to cut through the reams of content on social media.

There will probably be some innovative breakthrough that entrepreneurs will find to get around Google and Facebook’s bans. Where there is a will, there is a way. But businesses shouldn’t have to be forced to work around all-encompassing bans that will harm legitimate firms more than they will hurt fraudsters. Google’s ban doesn’t take effect until June, so there is still plenty of time for companies to adjust their marketing strategies.

Bitcoin IRA investors may see a short-term decrease in Bitcoin’s price as markets price in the effects that this advertising ban may have on cryptocurrency businesses, but in the long term there shouldn’t be any lasting effects. If you’ve already selected an investment partner, custodian, and wallet provider, you’re already set.