G20 to Discuss Cryptocurrencies Next Week 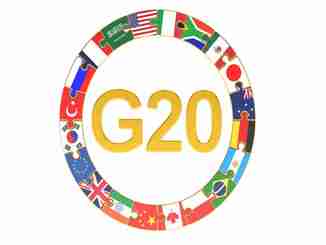 The Group of Twenty (G20) countries will hold their thirteenth meeting next week, in Buenos Aires, Argentina. It will be the first summit held in Argentina, and cryptocurrencies will be among the topics up for discussion.

The discussants will include the finance ministers and central bank governors of the G20 nations. Background materials regarding the cryptocurrency discussions talk about the technology behind cryptocurrencies, meaning blockchain, and its “potential to promote financial inclusion.” But the ministers also believe that cryptocurrencies have “implications to financial stability, tax evasion, and financing illegal activities.” Their goal is to “consider a common response that would mitigate the risks without discouraging innovation.

It is particularly interesting that this discussion is beginning in Argentina, a country that has been at the forefront of Bitcoin adoption. Assuming that the Argentine participants are familiar with Bitcoin usage in Argentina, they could provide their colleagues from other countries with some important insights about the importance of Bitcoin and other cryptocurrencies to the functioning of the economy.

Argentina is still suffering from the effects of its 2001 debt default. In the immediate aftermath of the default, bank accounts were shut down, only allowing limited withdrawals for people to purchase the bare necessities. For over a decade, the country had no access to international capital markets, and to this day it retains significant capital controls. The government is widely distrusted by ordinary Argentines, and its continued double-digit inflation rate means that many Argentines don’t use banks or credit cards.

Many Argentines have adopted Bitcoin as a way to pay for everyday goods. Argentina is one of the world’s leaders in adoption of Bitcoin as a currency to buy and sell goods. Whereas Americans have the luxury of seeing Bitcoin as a good investment opportunity, for many Argentines Bitcoin means the difference between eating and starving.

Let’s hope that when the G20 ministers discuss Bitcoin and cryptocurrencies that whatever framework they may decide to look into going forward will take into account the many benefits that Bitcoin can bring to ordinary citizens.