Fraud Remains in Cryptocurrency World, But Can It Be Stopped? 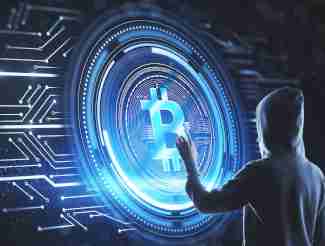 One of the reasons many people are still hesitant to invest in cryptocurrencies is the fact that they don’t know much about cryptocurrencies, how they operate, and which people or firms can be trusted. With stories of fraud abounding, would-be investors are understandably hesitant to put thousands, tens of thousands, or hundreds of thousands of dollars at risk of theft by criminals and fraudsters. Can the problem of fraud within the cryptocurrency world ever be overcome?

As a response to the risk of loss from cryptocurrency investments, some firms developed stablecoins, many of which were backed by fiat currencies such as the US dollar. These were supposed to provide an element of stability to the free-wheeling world of cryptocurrencies. But how are investors to know whether the stablecoin firms actually hold the currency that is supposed to back their tokens? The trust problem, which Bitcoin and similar cryptocurrencies were supposed to overcome, rears its head once again.

Then there’s the problem of stablecoins being used in fraudulent schemes. With cryptocurrencies like Bitcoin that don’t allow chargebacks, once your Bitcoin holdings are gone, they’re gone. But with stablecoins, presumably the stablecoin issuer has the ability to reverse fraudulent charges or shut down shady operators. Unfortunately, there’s an increasing amount of evidence that they aren’t doing that, and that their lack of policing of the stablecoin sphere could be harming investors.

That’s all the more reason to stick to tried and true cryptocurrency assets, like Bitcoin, Litecoin, Ethereum, or XRP. It’s also yet another reason not to trust firms that want to “borrow” your cryptocurrency holdings and offer you obviously inflated returns that couldn’t be achieved in real life.

Instead, look to investing in tried and true investment vehicles such as a cryptocurrency IRA, which offers investors the opportunity to use existing retirement savings to invest in cryptocurrencies, while still offering all the same tax advantages as normal retirement accounts such as IRAs or 401(k)s. And because your cryptocurrency assets are stored with a custodian with a long track record of safeguarding investor assets, you can rest assured that your cryptocurrency investment will be there when you need it. When your money is on the line, you need to do your due diligence and ensure that your assets remain safe and secure.