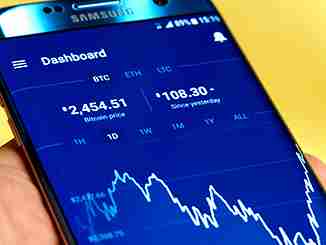 One complicating factor is that Coinbase, arguably the best-known and largest cryptocurrency exchange in the US, is not a member of the group, nor has the company commented on this recent development. Thus the long-term viability of this new organization is in question. Were Coinbase to create its own SRO, it may very well outcompete this new SRO and become the dominant SRO for the cryptocurrency industry.

Gemini is the smallest of the four exchanges creating this new SRO. It was founded by the Winklevoss twins of Facebook fame, who have established themselves as cryptocurrency investors and gurus. They were involved in the push to bring Bitcoin futures to the market, as CBOE uses Gemini’s price data for its futures transactions. So despite Gemini’s small size, it isn’t exactly a little fish.

Regardless of whether another SRO is created or not, the fact that the cryptocurrency industry is finally getting around to adopting the SRO model is a very positive step for Bitcoin and other cryptocurrencies. With government regulators seemingly involved in endless discussions and working groups related to cryptocurrencies, the prospect of any regulation at either the federal or state level anytime soon is slim. By creating an SRO, these four companies have taken the first step towards adopting regulations that will create a safe and sound industry standard and forestalling any draconian steps by government authorities.

That’s great news for Bitcoin investors, who no longer have to worry that their Bitcoin IRAs or other cryptocurrency investments might be done away with by overzealous regulators. And as industry standards and best practices grow and evolve, investing in cryptocurrency will be viewed less and less as a speculative endeavor and more and more as just another viable investment option.