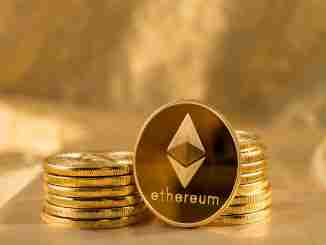 The age of cryptocurrency has begun a new chapter in 2018, and as more and more investors, hobby traders, and crypto-nerds max out their credit cards to get into the next Bitcoin of sorts, more individuals are starting to really evaluate the longer-term viability of the technology incorporated into specific blockchain systems. Ethereum, a fork from the Bitcoin model, has capabilities that transcend simply digital currency.

1. Unlike Bitcoin and other altcoins, Ethereum has a capability known as “smart contracts” which can process and verify transactions, contracts, records, and shares without a bank or other party that would simply clog up the process. This is 100% faster and more trustworthy than other existing online systems since it utilizes blockchain public ledger technology.

2. When you purchase fractions or parts of an Ethereum coin, they are known as an “Ether”.

3. Venezuela is creating an oil-backed cryptocurrency called the “petro”, based off the Ethereum smart contract system. Overprinting of the national paper currency has put Venezuela into a state of hyperinflation. In an official statement from the Venezuelan government, “Venezuela will create a cryptocurrency to advance monetary sovereignty, as it will help to overcome the financial blockade and thus move towards new forms of international financing for the economic and social development of the country.”

4. According to Ethereum.org, “5 ethers are created every block (roughly 15 seconds) to the miner of the block.”

5. Companies such as Chase, JP Morgan, MasterCard, and others have begun to invest in Ethereum for “small-scale projects.”

Unlike Bitcoin, Ethereum is not seen as a medium for a long-term store of value, but rather for its ability to be a faster coin in terms of transfers for purchases and the app development capability that the Ethereum blockchain offers. In the future, some speculate that Ethereum might take Litecoin’s place as the “silver of crypto” as developers look to get more and more out of these decentralized systems.