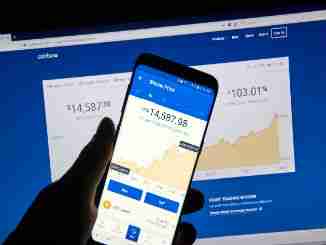 Have you been a successful cryptocurrency trader? Do you keep your crypto assets in a Coinbase wallet?

If you’ve had over $20,000 in annual transactions, your information could soon be handed over to the IRS for inspection. According to CryptoCoinsNews, the IRS will be given access to over 14,000 such users after a California federal court ordered Coinbase to hand them over.

In 2016, the IRS targeted the exchange with the intent of forcing it to “hand over customer financial records to the tax-collecting agency.” A federal judge had approved a summons “requiring Coinbase to disclose transaction records of bitcoiners between January 1, 2013, and December 31, 2015.”

Coinbase was able to save 480,000 customers’ records from disclosure, which is a 97% reduction from what was originally requested, however, 14,355 customers will have their name, birth date, address, and taxpayer ID handed to the IRS. In a highly invasive invasion of privacy, the government is also allowed to request the records of all account activity and any associated account statements of these users.

David Farmer, Director of Communications for Coinbase, told CCN that the company is “proud” of what they achieved “as a small company against a large government agency.”

The court declared that the order was “justified based on the discrepancy that there are more Coinbase users trading bitcoin [sic] than reporting gains on their tax returns.”

Recognizing that this will continue to be an issue as cryptocurrencies have risen in popularity amid record-breaking gains, Farmer added, “In the future, we hope to work with the IRS to establish a reasonable tax reporting method that makes sense for virtual currency service providers and consumers alike.”

Since the government believes that it’s possible some of these users have used cryptocurrencies to avoid paying taxes and that virtual currency holdings can be treated as property that can be gained or lost, Uncle Sam will likely demand that these users pay back taxes.

Accounting Today is warning taxpayers that they “should consult their tax advisors in determining whether they need to report any virtual currency transactions.” This is especially important because the IRS has recently “announced two new programs focusing on data investigations and international tax enforcement.”