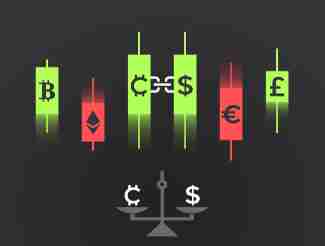 In a new report, the Federal Reserve warned that stablecoins could pose a threat to the stability of the global financial system. Unlike cryptocurrencies such as Bitcoin or Litecoin, which don’t have any asset backing, stablecoins are supposed to be backed by assets. In that way they act similarly to exchange-traded funds, only the stablecoin tokens are able to be used as currency.

The problem comes if those holding the stablecoins fear that the coins are no longer backed by sufficient assets or high quality assets. In that case, a run on the stablecoin issuer could ensue, resulting in a necessary liquidation of the issuer’s assets in order to satisfy stablecoin users.

Many stablecoins don’t publish the exact mix of assets they use to back their coins, particularly as that mix can change over time. Most stablecoin issuers back their stablecoins not just with fiat currency, but also with short-term bonds. While one would expect that government bonds would make up the majority of bond backing for stablecoins, one can’t rule out the possibility that high-quality corporate bonds make up some portion of backing.

In the event of a run on a stablecoin issuer, the issuer would have to liquidate assets in order to fulfill stablecoin holders’ requests for money. While that should be relatively easy to do as long as there is sufficient cash on hand, at some point the issuer may have to sell bonds, and that is where things get tricky.

If a stablecoin issuer has to start selling hundreds of millions or even billions of dollars worth of bonds all at once, it could send shock waves throughout world bond markets. Others in bond markets would see huge sales like that as a vote of no confidence in the strength of those bonds and could similarly start selling. Bond prices would plummet and yields would skyrocket. For governments and others who are highly dependent on bond markets for funding, that could be catastrophic.

We’re probably not at the point yet where stablecoins could pose that type of systemic risk to financial markets, but as they grow in popularity the risk could rise. And that increased risk will bring increased scrutiny from federal regulators, as well as foreign regulators, leading to more regulation not just on stablecoins but on cryptocurrencies in general.