Facebook’s New Libra Project: Will It Live Up to the Hype? 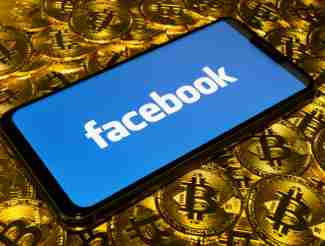 After months of planning and speculation, Facebook has finally announced its Libra cryptocurrency project. With a host of major corporations joining in the project, many mainstream analysts are hailing the new project as groundbreaking. But many in the cryptocurrency community are casting doubt on Facebook’s efforts. So will Libra end up being a world-changing currency or just more of the same old, same old from Facebook?

Technical details on Libra are still somewhat sparse. We know that the servers that run the 100 different nodes of the project are supposed to be widely dispersed. Those servers will be run by major partners such as Coinbase, Uber, eBay, Visa, Mastercard, and others. Eventually, the project is supposed to be opened up so that others can join their computing power to the network, although the timeline for that is unknown.

The Libra cryptocurrency itself will be a stablecoin of a sort, backed by a mix of fiat currencies and short-term debt issued by a number of countries. The exact makeup of that currency basket has yet to be determined, and it may change over time. Facebook claims that it intends to make sure that each Libra unit is fully backed by the assets in the currency basket. At the very least, this should provide a real-world example of whether currency basket-backed currencies are feasible.

Much of Libra’s initial focus will be on the unbanked, targeting those in foreign countries, those in developed countries who send remittances to family back home, and others underserved by the banking system. A Facebook account won’t be necessary to begin buying and using Libra, although Facebook users will be able to import their Facebook contacts to their Libra accounts.

Despite Facebook’s statements that it will respect user privacy, it remains to be seen how that will work in real life. While transactions on the Libra blockchain will be anonymized, Facebook has stated that it will provide data to law enforcement authorities upon request. So forget about trying to buy anything on the dark web with Libra.

Similarly, there is no indication as to how many Libra tokens will be created. If they’re backed by fiat currencies and government debt, there’s theoretically no limit to how many can be created. Then users have to trust that their tokens are actually backed. In either case, this is a step backward from Bitcoin and the concepts behind its creation.

Libra won’t officially get off the ground until 2020, and there will undoubtedly be a great deal of pushback from governments around the world. Maybe it will be a success and provide a useful new means of making payments. Or maybe the project will be stillborn as a result of public discontent with Facebook’s previous scandals. In any case, it’s hard to imagine at this point that Libra will be able to successfully compete with Bitcoin either as a currency or as an investment asset anytime soon.