Facebook’s Libra Increasingly Under Scrutiny From US Government 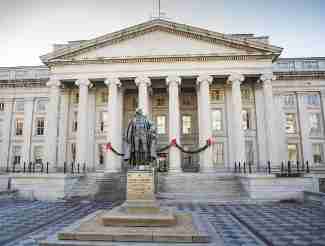 Facebook may have expected to make a big splash with its Libra cryptocurrency project, and it certainly has. But the attention that Libra has garnered has been largely negative, particularly from government officials in the US and around the world. There’s a very real chance that the move to clamp down on Libra and Facebook could end up harming other cryptocurrencies too.

One of the prime threats to Libra is that it could end up being classified as a security under existing US law, not as a currency. That’s the opinion both of cryptocurrency analysts and former government officials such as former CFTC chairman Gary Gensler. That’s in part because Libra, even though it sees itself as a stablecoin, will be backed at least partially by government bonds. And because government bonds are securities, anything backed by them is therefore by definition a security too.

That could make it much more difficult for Libra to get off the ground, as it would require regulatory approval from the Securities and Exchange Commission (SEC). Given the amount of opposition Facebook is facing from regulators worldwide, that approval is definitely not certain. But if Libra ends up being categorized as a security rather than as a currency, it would take a lot of pressure off Bitcoin and other cryptocurrencies.

Facebook is facing increasing opposition from lawmakers and regulators in the US and abroad, including from Members of Congress who want the company to stop development of Libra altogether.

Then there are the recent statements from Treasury Secretary Steve Mnuchin, who continues to express the Trump administration’s concerns with Bitcoin and cryptocurrencies, particularly their use by criminals for purposes of money laundering. The irony, of course, is that the paper cash printed by the Treasury is far more popular for money laundering and criminal activity around the world.

As tempting as it may be for many people to use a cryptocurrency that’s associated with the Facebook account they probably already use on a regular basis, the regulatory pressures against Facebook may very well doom the project. Anyone looking to capitalize on the popularity and growth potential of cryptocurrencies would do well to stick to proven investments like Bitcoin rather than wait for hyped up projects that may never reach their full potential.