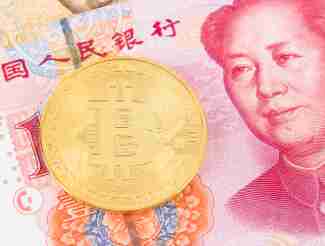 The People’s Bank of China is apparently plowing full steam ahead in developing its own digital currency and it sees Libra, not Bitcoin, as its primary competition. That’s indicative of the buzz that Libra has among government officials who are involved in the cryptocurrency arena. But just because Libra is the target doesn’t mean that Bitcoin has gone by the wayside.

Chinese officials trying to hype their upcoming digital currency are talking up the advantages of the digital yuan versus Libra. The advantage of not having to hold a bank account to use the digital yuan, being able to transfer funds from person to person without an internet or cellular telephone network available, and supposedly allowing users to maintain their privacy are all supposed advantages of the new digital currency.

Some of those advantages are clearly aimed at former Bitcoin users, trying to claim that the digital yuan will allow people to use digital cash without having to go through the banking system. But despite all those supposed benefits, the new digital yuan will have one major drawback: it’s issued by a central bank.

The key to Bitcoin’s success has been the fact that it is decentralized and that there is a fixed limit of coins. Once 21 million coins have been mined, that’s it, there are no more. There’s no constant worrying about whether the central issuer will issue more and more coins, diluting the purchasing power of the current ones. That’s always the problem when dealing with central banks and their currencies, and it won’t be overcome with a digital central bank currency either.