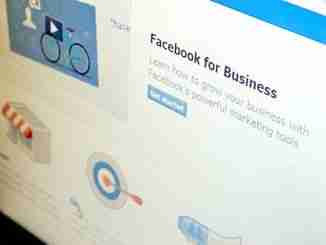 In the first sign that online cryptocurrency ad bans may be falling, Facebook has begun accepting requests for cryptocurrency ads on its platform. It isn’t a complete overturning of its ad ban, however, as ads for initial coin offerings (ICOs) and cryptocurrency options trading will still be banned. Cryptocurrency firms also have to request to run their ads on Facebook, and will have to provide information about their companies, such as “any licenses they have obtained, whether they are traded on a public stock exchange, and other relevant public background on their business.”

That means that not all companies that want to advertise their cryptocurrency businesses and services on Facebook will be able to do so. Facebook could end up being, in that respect, a market maker, as any firms that are able to get their ads approved will end up being advantaged against firms whose ads don’t get approved. Those firms whose ads are approved by Facebook will likely also see a greater likelihood of their ads being approved by other online services such as Google or Twitter in the event that those other services also begin to relax their cryptocurrency ad bans.

This is a victory for cryptocurrency firms who operate honestly and were unfairly and negatively affected by the blanket ad ban. One would hope and expect that Facebook’s approval process will operate fairly and be able to distinguish between legitimate companies and fly-by-night operators.

While Bitcoin IRA investors have already made the decision to invest in Bitcoin and are already working with reputable, established IRA providers and custodians, a relaxing of the ad ban can help new investors get into the Bitcoin market by enabling them to find those reputable providers. It can also help existing investors find out about potential new services that can help them manage their investments. As with anything, the devil is in the details, but the fact that Facebook is starting to rethink its position is a promising sign for the cryptocurrency world.