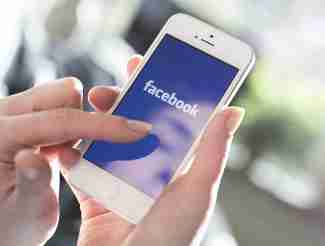 With growing backlash from governments over its erosion of data privacy and growing discontent from users overs its censorship and suppression of alternative points of view, Facebook is desperate to staunch the flow of users leaving its platform and relieve pressure from government authorities. The company needs to hit a home run in providing a service that consumers find valuable, and it looks like it may choose a cryptocurrency as that vehicle.

Facebook has built up its blockchain team recently as part of that push, and is floating the idea of starting its own cryptocurrency, perhaps issuing it as early as mid-2019. According to reports, the cryptocurrency would be a stablecoin that would be used across Facebook’s messaging platforms: Facebook Messenger, Instagram, and WhatsApp.

Stablecoins are cryptocurrencies that are pegged to another currency or commodity, such as the US dollar. They are intended to overcome users’ fears of instability and price volatility that are perceived characteristics of non-pegged cryptocurrencies.

If a major consumer-facing company decides to issues its own cryptocurrency it would undoubtedly make a splash in cryptocurrency markets. That coin would gain a first mover advantage and could become quite popular. But without knowing how that cryptocurrency was created it’s highly unlikely that it would supplant Bitcoin as both a medium of exchange and a store of value.

Stablecoins are essentially digital dollars, useful only as a medium of exchange. But they don’t necessarily offer anything that credit cards, PayPal, or other media of exchange don’t already offer. And because they are pegged to eliminate price volatility, they can’t gain in value like Bitcoin can.

Furthermore, because they are issued by a single authority they don’t overcome the issue of trust like Bitcoin does. Bitcoin is trusted because it is decentralized, with no one entity being able to control Bitcoin or create bitcoins ad infinitum. Given Facebook’s stumbles recently, how many people would trust a cryptocurrency that it creates? It will be interesting to see how these stablecoins perform, but the likelihood of any stablecoin pushing Bitcoin off its pedestal is very slim.