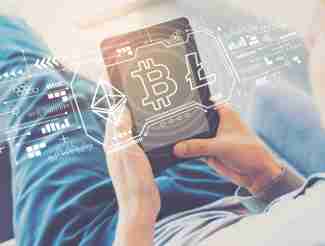 Mass adoption of cryptocurrencies is the end goal that every cryptocurrency enthusiast longs for. Since the development of Bitcoin in 2009, cryptocurrencies have been seen as a fringe concept that only the most technologically savvy can understand. Even today, with Bitcoin and cryptocurrency being familiar terms to an overwhelming majority of the population, only a small percentage of people are active users of or investing in cryptocurrency. But that may be changing.

With the onset of the coronavirus, the spread of economic lockdowns around the world, and the massive monetary response on the part of central banks, more and more people are worried about the strength and health of the economy, as well as the long-term stability of the US dollar. More and more investors are becoming fearful about the direction the economy is taking, and about the stability and value of their investment assets. And because of that, they’re taking a longer and harder look at cryptocurrencies as an investment choice.

The number of wallets holding more than 0.01 bitcoin has increased 5% since the beginning of March, an encouraging sign that could be indicative of an increased interest in Bitcoin and cryptocurrencies. While it’s certainly possible that these new wallets are being created by existing holders of or investors in cryptocurrencies, that isn’t necessarily the case. And the current increase is one of the biggest since late 2017, when Bitcoin’s popularity first really began to grow.

Whether those wallets are active or not isn’t clear, as wallet activity is another indicator of cryptocurrency popularity. More active wallets would mean that people are likely spending Bitcoin more often, bolstering its use as a currency, while wallets holding Bitcoin but not moving their assets would indicate that people are holding on to their Bitcoin assets (known in Bitcoin parlance as “hodling”), meaning they believe that Bitcoin’s best use is as an investment asset. Regardless of whether people are using Bitcoin or hodling, it certainly appears that Bitcoin, and likely cryptocurrencies in general, is seeing increasing popularity during these uncertain times.