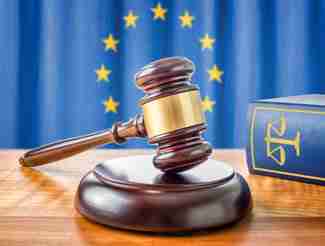 The European Union recently approved new legislation to subject cryptocurrency exchanges to anti-money laundering (AML) regulations. Once the new legislation takes effect, national legislatures within the EU will have 18 months to enact that legislation into their own national laws.

The legislation was intended to combat anonymity both in the use of Bitcoin and other cryptocurrencies and in the use of prepaid cards. With the threat of terrorism always present in Europe, many governments worry that anonymous purchases of cryptocurrencies and prepaid cards may enable terrorists to fund their operations and evade surveillance by police and government authorities.

Cryptocurrency exchanges will likely have to engage in the full gamut of AML and know your customer (KYC) regulations, including positively identifying any and all of their customers. Gone are the days of completely anonymous Bitcoin transactions.

On the one hand, the new legislation overturns one of the key selling points of Bitcoin and cryptocurrencies, the ability to act as digital cash and ensure that no one can ever record what you are buying or selling. On the other hand, it was all but inevitable that cryptocurrency exchanges would eventually be brought into the AML/KYC fold and forced to submit to mainstream financial regulation. How the exchanges respond to this change will likely determine the future development and adoption of cryptocurrencies.

Now that cryptocurrency customers will have to abide by AML and KYC regulations, there isn’t much reason for banks and other mainstream financial institutions not to start catering to Bitcoin customers and investors. After all, if AML/KYC compliance will be required from here on out with regard to cryptocurrency exchange accounts, there is no reason that those accounts couldn’t be linked to bank accounts, making it easier for Bitcoin customers to fund their purchases and sales from existing financial accounts. They could even be linked to investment accounts, allowing investors to fund Bitcoin IRA accounts and other cryptocurrency investments without having to worry about their bank putting the kibosh on their plans.

While anonymity may have its benefits at times, it’s all but impossible to remain truly anonymous in this day and age. Hopefully the new EU regulations will have the effect of easing Bitcoin’s transition into the financial mainstream, rather than placing onerous new restrictions that will discourage further Bitcoin adoption.