ECB’s Nowotny: Bitcoin Should Be Regulated and Taxed 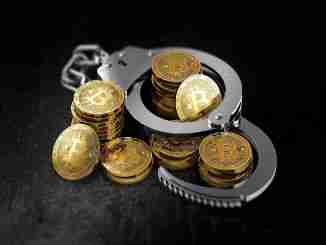 Austrian central bank head Ewald Nowotny recently called for taxation and regulation of Bitcoin transactions. Nowotny, a member of the European Central Bank’s (ECB) governing council, stated that everyone who engages in financial transactions should be identified and pay a value-added tax (VAT). That obviously puts him at odds with Bitcoin’s quasi-anonymous nature.

Nowotny’s statement also came in the context of combating money laundering and tax evasion. The ECB has decided to phase out production of 500-euro banknotes as a means of combating money laundering, as the notes have become a favorite method for criminals to transfer large amounts of cash in an anonymous manner. Austria, too, has come under frequent criticism for its banking policies, as the country has operated as a tax haven of sorts within Europe.

Nowotny, therefore, questions why, if the ECB is taking steps to combat money laundering by stopping production of 500-euro notes and is taking action against Austrian banks to combat tax evasion, should Bitcoin transactions not be subject to the same identification and tax requirements? That question makes sense if you accept Nowotny’s premise that all financial transactions should be identifiable to the government so that they can be taxed.

But for those who want their non-criminal financial activity to remain anonymous, however, any enhanced policies taxing Bitcoin transactions or identifying the owners of Bitcoin addresses could have a chilling effect on Bitcoin use in Europe. The taxation issue is especially vexing, as Nowotny considers Bitcoin not to be a currency, and thus to be subject to VAT, which in most European countries ranges from 15-25%.

Thankfully for American investors in Bitcoin IRAs, the ECB’s policies won’t affect them directly. If the ECB were to attempt to crack down on Bitcoin transactions in Europe, however, and unmask the identities of Bitcoin users or subject Bitcoin to VAT, it could drive more Bitcoin users to American exchanges where taxes and fees are minimal, which would lead to an even more vibrant Bitcoin market here. For investors looking to hold Bitcoin investments for the long term, the more foreign governments crack down on Bitcoin, the stronger the American Bitcoin market will get and the better things will be for American investors.