ECB Has No Plans to Issue Digital Currency 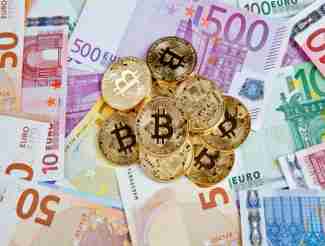 According to the ECB’s research, nearly 80 percent of all point of sale transactions within the eurozone were made with cash, versus only 19 percent for credit and debit cards. That’s a far lower percentage than in places such as Sweden, which is famous for virtually eliminating cash, and the United States, where usage of credit cards and other forms of electronic payments is far more established.

Of course, the fact that the ECB won’t issue a digital currency any time soon isn’t necessarily a bad thing from the perspective of consumers, as it’s doubtful whether consumers would even use such a currency. The reason Bitcoin and other cryptocurrencies were developed was precisely because central banks couldn’t be trusted not to inflate their currencies into oblivion. The fact that Bitcoin’s supply is strictly limited is precisely the reason it has become one of the most popular cryptocurrencies for IRA investors. Unless and until central banks and national governments get serious about limiting the issuance of their currencies, there’s no reason to believe that national cryptocurrencies will ever supplant Bitcoin.