A Dozen Large ICOs Yet to Launch: Slow to Market, or Fraud? 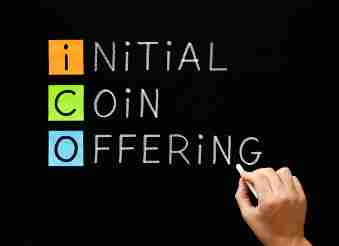 If there was a hot trend in cryptocurrencies this year it was initial coin offerings (ICOs). With cryptocurrencies starting off 2018 at the front of everyone’s minds, numerous companies sought to jump into the field by offering various coins. Many of those coins operated in a way similar to securities, raising funds for the company by promising users various goods or services or a share in returns of the company’s project once the ICO launched and the projects were brought to fruition.

This attracted the attention not only of investors, but also of the SEC. Numerous fraudulent ICOs were shut down and their creators fined or jailed by authorities. Recently it has come to light that nearly a dozen ICOs that raised over $50 million each in their rounds of funding still have yet to launch. Some of them are slated to launch in 2019, but will they ever hit markets?

The biggest of these by far is Telegram, the messaging app whose ICO raised a whopping $1.7 billion. Telegram’s coin has yet to hit secondary exchanges, making valuation of the company and the coin an incredibly difficult proposition. Telegram has taken criticism for its approach for months, so this isn’t anything new. But if Telegram isn’t able to get its ICO off the ground it could spell the beginning of difficulty for the other large ICOs as well.

With billions of investor dollars at stake, failure of these large ICOs could cast a cloud over the overall cryptocurrency market. All of this is yet another reason investors should stick to tried and true cryptocurrencies such as Bitcoin, Litecoin, and Ethereum, and established products such as Bitcoin IRAs. Trying to reach for too much yield by chasing after new and unproven coins is a highly risky endeavor and a good way for investors to lose much of their hard-earned money.