Is Cryptocurrency Regulation Still in the Era of the Wild West? 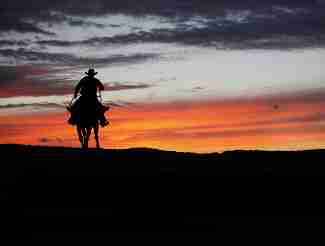 That’s why it’s reassuring to see agencies such as the Commodity Futures Trading Commission (CFTC) stepping in to crack down on fraudsters. One such case occurred recently when a cryptocurrency trader stole over $600,000 in Bitcoin and Litecoin from his employer. After being fired, he solicited money from individuals, promising them returns, in order to make even more money. Now that his fraud has been discovered, he faces a fine of over $1.1 million and 15 months in jail.

Compared to how large some of the hacks against cryptocurrency exchanges have been, this scheme is rather small. But the fact that federal regulators uncovered it and prosecuted it shows that they are serious about cracking down on fraud in the cryptocurrency arena.

It’s also a reminder to cryptocurrency investors always to do your due diligence before making an investment. In an ecosystem as young as cryptocurrency, the temptation is always to invest in the newest, flashiest technology or products. That’s a recipe for getting burned.

Stick to established cryptocurrencies such as Bitcoin, Litecoin, and Ethereum, and ignore the siren song of the unproven and often fly-by-night ICOs that seem to be a dime a dozen. Stick to companies with a solid track record of providing services such as Bitcoin IRAs, Bitcoin trading, hardware wallets, etc. rather than companies that promise the moon. Taking basic precautions and following advice that investors in other markets have followed for decades can go a long way towards protecting yourself from becoming a victim of fraud.