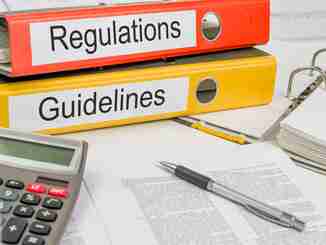 With regulators around the globe continuing to look into cryptocurrencies, the regulatory regime affecting cryptocurrencies is beginning to take shape, although it’s still far from uniform.

The Wyoming House of Representatives recently passed a bill that would exempt some ICO tokens from securities regulation. It’s unclear, however, whether the bill would have any effect in the event that the SEC decides to enact ICO regulations at the federal level.

Arizona’s House of Representatives recently passed a bill that would protect operators of cryptocurrency nodes from local laws and regulations, stating that the matter is one of importance to the state and therefore not subject to local jurisdiction. Both of those pieces of legislation have been referred to their respective state Senates.

EU regulators will meet next week to discuss cryptocurrencies and issues surrounding their regulation. Taking part in the meeting will be representatives from central banks, market regulators, and market participants. European regulation remains a big question mark, as European Central Bank President Mario Draghi has previously stated that it is not his job to regulate Bitcoin.

Sixteen Japanese cryptocurrency exchanges have decided to form a self-regulatory organization to help safeguard investors, in the aftermath of a well-publicized hack. Details of the plan are not available, but it will be interesting to see if the group forms itself along the lines of existing self-regulatory organizations such as the Financial Industry Regulatory Authority (FINRA).

If the Japanese plan is successful, it could provide a blueprint for American Bitcoin exchanges and other businesses to form a similar organization to self-regulate the US cryptocurrency industry. Self-regulating could provide significant benefits to the US Bitcoin market, not the least of which would be enacting rules to protect investors and ensuring that all Bitcoin businesses adhere to high standards of conduct. That would help ensure continuing growth and stability for the Bitcoin market and benefit US Bitcoin investors.