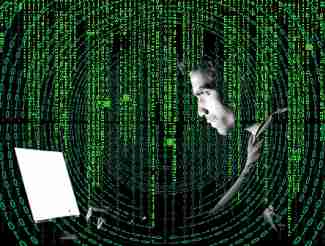 One of the the reasons so many people decided to use and invest in Bitcoin was the private nature of the cryptocurrency. With Bitcoin addresses consisting of a series of numbers and letters, people could transfer money to and fro without anyone knowing who was on the other end of a transaction. Governments hate having that happen, however, and have begun to enforce existing know your customer (KYC) and anti-money laundering (AML) laws to the cryptocurrency sphere. Will that kill privacy in the cryptocurrency world?

While Bitcoin addresses may be private, the use of other services such as exchanges can tie a particular address to a particular person. That is becoming increasingly prevalent as exchanges too begin to adopt AML and KYC provisions. The desire to keep cryptocurrency transactions private gave rise to the creation of so-called privacy coins, cryptocurrencies that would not allow authorities to unmask who was behind a particular address. Among those were Monero and Zcash, currently the 13th- and 28th-most popular cryptocurrencies by market capitalization.

But continued use of those currencies will largely be dependent on support from exchanges. Major exchange OKEX recently announced that it would drop support for five privacy coins in South Korea, among them Monero and Zcash. That was as a result of pressure from regulators due to those privacy coins being incompatible with KYC and AML regulations.

The writing is on the wall: governments want to be able to unmask who is behind a certain Bitcoin or cryptocurrency address. Any cryptocurrencies that don’t comply will face the wrath of government. Since Bitcoin was always only semi-private anyway, that won’t have too much effect on Bitcoin. And Bitcoin IRA investors have even less reason to worry, since their IRAs already have to be reported to the IRS. So while users of privacy coins may have to worry about the value of their assets and whether they’ll be able to tap any of their wealth, Bitcoin investors should have nothing to fear.