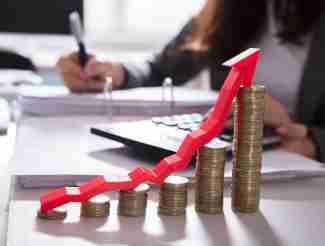 With the US government and the Federal Reserve cooperating to pump trillions of dollars into the US economy, fears of inflation are growing every day. The Fed’s balance sheet has grown from $4.3 trillion earlier this year to nearly $7.1 trillion today, an unprecedented gain in such a short amount of time. Because of those fears of inflation, interest in cryptocurrencies continues to grow as investors look for a hedge against coming inflation.

The Fed’s grasp on the money it is pumping into the system now is still strong, but not quite as strong as it was in 2008. And if the Fed fails to contain that new money, or if confidence in the Fed fails, severe inflation could result.

Bitcoin and other cryptocurrencies are increasingly being thought of as digital gold, assets that will maintain their value and even gain value as the dollar becomes devalued through excessive money creation. We all know the Fed’s playbook by now, and we all expect the Fed to respond to any economic crisis by opening the monetary spigots. The more money the Fed creates out of thin air, the more incentive there will be for investors to move into cryptocurrencies as a hedge.