Cryptocurrency Insurance: Is It Really Worth It? 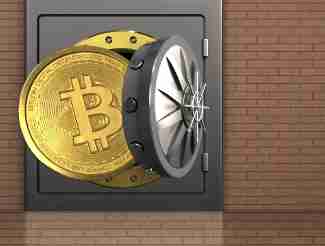 One of the most prevalent fears among cryptocurrency investors is that of hacking. It seems that every day brings new reports of thieves attempting to steal from cryptocurrency investors and companies. Whether it’s cryptojacking, phishing, or outright hacks, there are numerous ways for criminals to get their hands on crypto assets that aren’t adequately secured. And with so many Bitcoin investors and users keeping their assets in online “hot” wallets, the pool of assets ripe for the picking won’t be declining anytime soon.

With Bitcoin once again showing some price growth, the frequency of hacking attempts is likely to grow. Major cryptocurrency exchanges such as Coinbase have attempted to address the issue of hacking and protect against it by taking out insurance coverage on their customers’ hot wallets, thus trying to provide some sort of protection and backstop against thieves. But how do cryptocurrency users and investors feel about that?

Many are understandably reacting negatively to these insurance policies, as the cost of coverage will be passed on to the user. For those who believe they are already taking adequate measures to protect themselves, the insurance will be viewed as an expensive nuisance. But other investors may realize the risks and still want to take them anyway, viewing the convenience of a hot wallet as outweighing the risks of theft.

Insurance also brings up the problem of moral hazard, that those who are insured begin to engage in riskier behavior because they know or believe that they have an insurance backstop. So insurance policies could actually incentivize more people into storing their Bitcoin in hot wallets, thus making an even larger target for cybercriminals.

The risks of hot wallets are well known, which is why seasoned Bitcoin investors store their assets in cold wallets and keep their private keys locked up. Bitcoin IRA investors who are in it for the long haul know that the best way to keep their assets safe with their Bitcoin IRA custodians is to choose the most secure method of storage available, even going so far as to store private keys in vaults. Rather than trying to put lipstick on a pig by insuring a known risky method of storage, investors should stick to tried and trued methods of keeping their Bitcoin secure.