More Cryptocurrencies Available to Use in Point of Sale Transactions 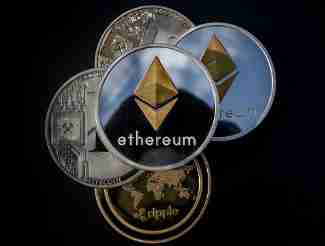 When Bitcoin was first created and released to the public, its intended use was as a currency to use in everyday transactions at the point of sale. But while the novelty of using Bitcoin to purchase a bottle of water appealed to some people, many others wondered what Bitcoin could do that cash and credit cards couldn’t. Perhaps that’s why Bitcoin today is seen more often as an investment asset rather than an actual currency.

Part of the reason for that is the huge amount of regulatory uncertainty that has surrounded cryptocurrencies for years. And part of it is reluctance on the part of retailers to add yet one more payment method to their stores. But companies such as BitPay make that easy, allowing retailers to accept cryptocurrencies at point of sale and have those cryptocurrencies instantly converted into fiat currency.

It isn’t just Bitcoin that is able to be used at point of sale anymore either, as BitPay began to accept Ethereum (ETH) last year, and just recently added support for Ripple (XRP). That allows consumers who have holdings of the most popular cryptocurrencies to be able to use them in everyday commerce.

There’s also competition in Europe, where Coinbase has begun to issue cryptocurrency debit cards, allowing consumers to use a variety of different currencies at the point of sale, with the same convenience of using a standard debit card or credit card.