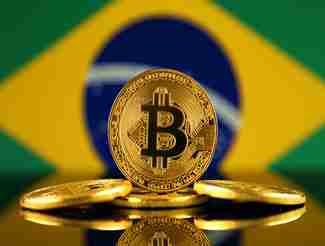 After years of slow progress breaking into the mainstream, cryptocurrencies are having their breakout moment in 2017 and 2018. And cryptocurrency firms are expanding at a more rapid pace than ever. That’s perhaps nowhere more evident than with cryptocurrency exchanges, one of the backbones of the cryptocurrency world. Partially in response to government restrictions and partially due to their ability to expand, exchanges are taking advantage of their mobility and expanding their operations overseas.

It doesn’t hurt that many countries are positioning themselves to try to snag these companies either, as they attempt to turn their countries into cryptocurrency hubs. Cryptocurrency exchange Binance famously began its European operations in Malta. And Chinese exchange Huobi, the world’s third-largest, is continuing its expansion too. Fresh off setting up its European headquarters in London and announcing plans to open up operations in the United States, Huobi is set to expand into South America by beginning new business operations in Brazil.

It’s a break-neck expansion for Huobi, which after the Chinese cryptocurrency crackdown last year has moved its headquarters to Singapore. The company has also expanded into other areas of finance by announcing a cryptocurrency exchange-traded fund (ETF), and has partnered in a blockchain fund that will invest in blockchain-based businesses.

But Huobi isn’t the only company expanding its operations overseas. American exchange Coinbase is starting up its operations in Japan, posing a direct challenge to existing Japanese exchanges in one of the world’s most important Bitcoin markets. That could provide Coinbase with a foothold into Asian Bitcoin markets. It seems that the future will see more and more cryptocurrency exchanges expanding their operations overseas to find new customers and break into new markets.

That’s very promising for Bitcoin IRA investors, as the continuing expansion could bring in millions of new Bitcoin customers and open up new opportunities for investors to buy and sell cryptocurrencies. That increased demand will lead to Bitcoin’s price continuing to rise, benefiting investors who invest in Bitcoin now before it really takes off.