Congress and Regulators Continue to Take On Cryptocurrencies 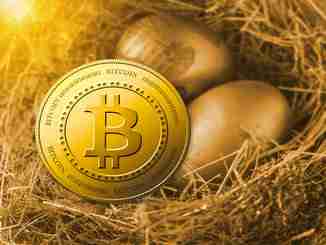 Wednesday saw the House Committee on Science, Space and Technology hold a joint subcommittee hearing looking into the prospective future uses for blockchain technology. The hearing, entitled “Beyond Bitcoin: Emerging Applications for Blockchain Technology,” included testimony from witnesses from Walmart, IBM, and the National Institute of Standards and Technology (NIST). While the focus of the hearing was not on legislation per se, witnesses did encourage Congress to set up a commission or advisory group to look into blockchain technology and how Congress might or might not choose to regulate it.

Chairman Giancarlo’s testimony featured discussion of cryptocurrencies, including talk of possible additional federal regulation of cryptocurrency markets to fill in gaps that may exist in the current regulatory regime. According to Giancarlo: “Appropriate Federal oversight may include: data reporting, capital requirements, cyber security standards, measures to prevent fraud and price manipulation and anti-money laundering and “know your customer” protections.”

While it’s unclear just how many cryptocurrency exchanges and businesses are already compliant with AML/KYC legislation, intensified enforcement of federal regulations in those areas would undoubtedly shake out any fly-by-night operators who still remain.

Finally, both the CFTC and SEC continued to warn cryptocurrency investors about potential fraud in cryptocurrency markets. In this case, the agencies warned consumers against cryptocurrency pump-and-dump schemes. Pump-and-dump schemes are those in which someone who owns or has issued securities hypes up the security’s growth potential in an attempt to drive up the price of the security, then cashes in his holdings and disappears with the profits, leaving other investors holding securities that have no underlying value.

It’s a scheme that has been seen often in stock markets, particularly among penny stocks, and many innocent investors have been ensnared by such schemes. For cryptocurrencies, the worry is that many initial coin offerings (ICOs) may just be elaborate forms of pump-and-dump schemes, hence the SEC and CFTC warning. As usual, the buyer should always beware.

That’s another reason investing in a Bitcoin IRA is a safer and more secure way to invest in cryptocurrencies than ICOs. Bitcoin has an established track record, a large user base, and a significant number of firms catering to it. The same can be said for Ethereum, Litecoin, XRP, and other similar major cryptocurrencies. As long as investors do their homework, work with established and reputable partners, and invest in proven cryptocurrencies, they can eliminate 99% of the problems that cause starry-eyed investors to lose their money.