When It Comes to Investing in Cryptocurrency, Stick to What’s Tried and True: Bitcoin 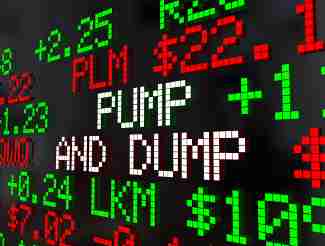 Ever since Bitcoin’s meteoric rise to prominence in 2017, the cryptocurrency world has been full of imitators attempting to mirror Bitcoin’s performance. But Bitcoin has done as well as it has precisely because it was unique, disruptive, and filled a niche that was underserved. Other cryptocurrency imitators don’t bring anything new to the table, in many cases featuring just a bunch of hot air and empty promises.

Aside from a handful of Bitcoin competitors such as Ethereum and Litecoin, the cryptocurrency sphere is full of altcoins that don’t offer anything new. The only thing they do offer to investors is the potential for large future gains, which is what their creators are banking on to drive investor interest. That’s particularly the case with initial coin offerings (ICOs), which were one of the big hits of 2018. But ICOs aren’t all they’re cracked up to be.

Many cryptocurrency enthusiasts and government regulators warned investors to stay away from ICOs that sounded too good to be true. Now a recent interview has highlighted one important reason for that: ICOs are incredibly susceptible to pump and dump operations. By inflating trading volumes, ICO creators can make the coins seem more in demand than they really are, spurring investor interest. Once prices spike high enough, the creators cash out their coins and disappear, leaving investors holding worthless tokens.

It’s a story that’s seen all the time in penny stocks and other areas of financial markets, and now it has migrated to cryptocurrency markets. The odds of becoming a victim of one of these scam artists can be great, unless you stick to tried and true cryptocurrencies such as Bitcoin, Litecoin, Ethereum, etc.

With a decade-long track record and a huge ecosystem of companies supporting Bitcoin and providing services to Bitcoin investors, investing in Bitcoin is about as far removed from ICO investing as it’s possible to get. Don’t let yourself be bamboozled by fly-by-night ICOs that are only intended to make money for their creators. If you want to make real gains by investing in cryptocurrencies, Bitcoin is the only way to go.