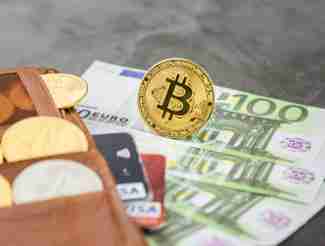 Building on the implementation of its cryptocurrency debit card in the UK, US-based cryptocurrency exchange Coinbase is expanding the issuance of that card to more countries in Europe. Now consumers in Spain, Germany, France, Italy, Ireland, and the Netherlands will be able to use the Coinbase VISA debit card. The card allows consumers to spend their cryptocurrency holdings anywhere that VISA credit or debit cards are accepted. Users can choose to spend Bitcoin, Litecoin, and Ethereum, among others. The expansion of this debit card should open up an even greater number of people to the use of Bitcoin in making everyday transactions.

Bitcoin has become much more popular in recent months as its price has begun to appreciate once again. That rapid growth should help spur adoption of Bitcoin once again as a currency that can be useful and used in ordinary commerce. As opposed to the US dollar, which continues to decline in value each year, Bitcoin continues to gain in value. That increases the purchasing power of consumers, which is something that government fiat currencies can’t do.

Time will tell how successful Coinbase’s venture will be, but the fact that the company has expanded its offering only a few months after its initial introduction certainly seems to indicate that the cryptocurrency debit card is extremely popular. We should certainly hope that such a card makes its way across the pond to the United States, as card use is far more widespread and accepted in the US than in countries like Germany which still rely heavily on cash for point of sale transactions.

Greater use of Bitcoin by consumers will result in more widespread adoption, greater demand, and an increase in Bitcoin’s price, which will also benefit those who have already made the decision to invest in Bitcoin. All of this indicates that the future for Bitcoin remains incredibly bright.