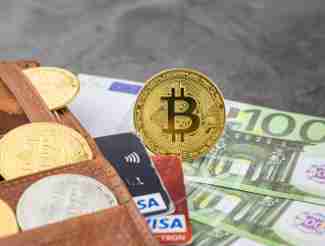 We had reported earlier on Coinbase’s introduction of a VISA card in Europe that would allow consumers to use cryptocurrencies to purchase goods at point of sale. That initial experiment has become so successful that Coinbase is now expanding the number of cryptocurrencies that users can use, as well as the number of countries in which consumers can request the card.

As cards like this become adopted in greater numbers, it will spur demand for Bitcoin and other cryptocurrencies. Bitcoin, while a great investment asset, was always intended to be used as a currency. So while Bitcoin investors may love the great gains they have made from investing in Bitcoin, consumers will love it too for its ease of use.

Not only that, but because Bitcoin is a currency that has appreciated in value, the cost of purchasing goods with Bitcoin has actually decreased. That’s a unique value proposition in a world in which consumers are accustomed to fiat currencies that lose value and purchasing power each year.

Now the only question is how long it will take Bitcoin VISA cards to make it to the United States. With Bitcoin already well established as an investment asset, it just needs that extra boost to gain greater consumer acceptance. Might a Bitcoin VISA card be just the ticket?