Coinbase to Allow Users to Withdraw Assets From Bitcoin Forks 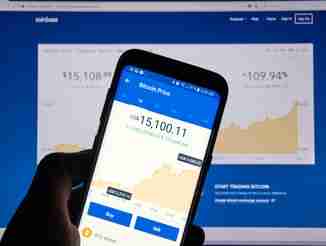 In a move that is perhaps long overdue, Coinbase has finally announced that it will begin to allow its customers to withdraw their funds from Bitcoin forks in the coming months. That had been a major source of contention for Coinbase’s Bitcoin customers, who should have been able to gain access to their new cryptocurrencies by now.

Bitcoin has seen three hard forks that have resulted in new cryptocurrencies. All of those have occurred within the past nine months. Each of them claimed to bring some sort of new improvement to Bitcoin, from Bitcoin Cash’s claim of faster transactions through increased scalability, to Bitcoin Private’s claims of improving privacy by allowing for less transparency of transactions on the blockchain.

Because each of those forks shared a blockchain with Bitcoin before the fork, holders of Bitcoin at the time of the fork would have received one of the new coins for each bitcoin they owned. So if you had owned 5 bitcoins last July and held them until today, you would now also have 5 Bitcoin Cash coins, 5 Bitcoin Gold coins, and 5 Bitcoin Private coins, for a total additional value of almost $3,300, or about half a bitcoin. That’s a 10% gain just for holding Bitcoin, and completely separate from Bitcoin’s own rise in value.

Naturally, many investors wanted to take advantage of those new coins and trade them, sell them, or convert them into Bitcoin. But Coinbase hasn’t allowed them to do so, claiming that they don’t support those withdrawals. That has led to frustration among Bitcoin investors, who wonder what has happened to those new coins that they supposedly own.

While Coinbase seems to be taking its time, investors have understandably been worried that their new assets may be at risk. Hopefully Coinbase’s new policy will allow Bitcoin fork owners to gain access to their assets quickly, although they will have to go elsewhere to trade them since Coinbase has no plans to allow trading of the new coins. But this incident should serve as a cautionary tale for investors and highlight the importance of taking control of your own Bitcoin investments so that you’re not at the mercy of a company that doesn’t make investors’ well-being its number one priority.