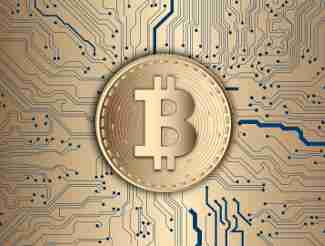 A contributing factor to Bitcoin’s meteoric price rise in late 2017 was the hype surrounding Bitcoin futures. Both the Chicago Mercantile Exchange (CME) and the Chicago Board of Exchange (CBOE) began offering Bitcoin futures contracts in late 2017. That enhanced ability to trade Bitcoin made huge waves and helped to establish the fact that Bitcoin was breaking into the financial mainstream.

But with Bitcoin’s price collapse in early 2018, interest in futures began to fade. CBOE dropped out of the market earlier this year, leaving CME as the sole futures market. That will change soon as Bakkt jumps into the market, but the two differ in that CME settles in dollars while Bakkt will settle in Bitcoin. CME isn’t content to sit on its position as the market leader, though, and will soon begin to offer Bitcoin options contracts as well.

The plan is for CME to introduce Bitcoin options contracts in early 2020. That should enhance the ability of investors to trade Bitcoin and to hedge their investments. The options contracts are intended more for professional investors and financial institutions who are involved in Bitcoin trading, but there’s certainly bound to be interest from ordinary Bitcoin traders as well. Now all that’s left is for the SEC to approve Bitcoin ETFs and Bitcoin would be able to be traded just like any other commodity.

The strides that Bitcoin has made in such a short period of time are nothing short of amazing. From an unknown cryptocurrency to a currency associated with black markets and drug dealing to entering the financial mainstream as a legitimate investment asset and store of wealth, Bitcoin has come a long way.

Those who have already invested in Bitcoin understand that, which is why they stand to benefit greatly from their investments. And as Bitcoin continues to take the financial mainstream by storm, many other investors will undoubtedly discover the benefits of investing in Bitcoin too.