Are Chinese Investors Behind the Latest Crypto Surge? 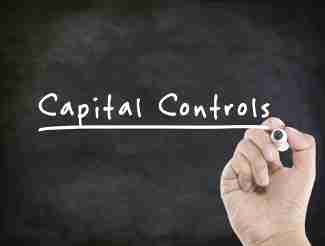 After languishing under $4,000 for much of the year, Bitcoin has really taken off in price over the past few weeks, and just recently broke through the $6,000 barrier. But while there are numerous contributing factors for that strong price growth, there’s one factor that has gotten significantly less publicity. However it’s an important factor that should remind investors and Bitcoin users of one Bitcoin’s original purposes for its creation.

One of Bitcoin’s major benefits is its ability to allow people to transfer wealth internationally without the use of banks, the financial system, or mainstream financial intermediaries. That allows both greater ease of consumer purchases as well as greater ease of circumventing strict government capital controls.

Lately we think of Bitcoin use in Venezuela, Argentina, and other countries with strict capital control regimes as the typical use case for Bitcoin. But China has been slowly cracking down on its citizens too, with banks limiting the ability of many of their customers to withdraw US dollars.

With the Xi regime increasingly cracking down on corruption and centralizing power, many Chinese have sought to move their wealth abroad. That has been a large contributing factor to the booming real estate markets in Vancouver, Canada as well as many areas of the US West Coast. But with those real estate markets slowing and the Chinese banking system clamping down on dollar withdrawals, Chinese individuals are starting to turn to Bitcoin in order to bypass those controls.

As long as the trade war remains in effect, and as long as Chinese banks remain possessive of their dollars, we can expect Chinese demand to play a strong factor in Bitcoin’s price growth. And while no one wants to see people forced to move their assets as a response to government crackdowns, Bitcoin investors should still rejoice at the increased demand that is helping to boost the Bitcoin price.