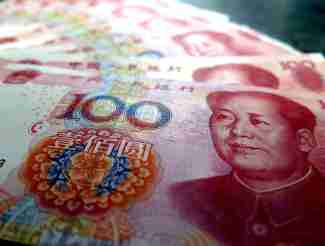 According to reports, the People’s Bank of China is set to begin rolling out the digital yuan currency that has been widely anticipated for months. The new currency is set to begin testing in the city of Shenzhen. It is unclear at this point whether the new digital yuan is a true cryptocurrency or just a digital currency, such as a yuan-backed payment token.

The experiment, which is projected to begin before the end of 2019, should provide useful information about whether a national cryptocurrency is a viable proposition. Numerous other countries, such as Switzerland, have ruled out issuing digital or cryptocurrency versions of their currencies, stating that the risks outweigh the benefits.

China’s move comes in the aftermath of an outright ban on cryptocurrency use and trading that began in early 2018. Until that point the Chinese Bitcoin market had been perhaps the major cryptocurrency market in the world, with Chinese cryptocurrency demand helping to drive cryptocurrency prices to record highs.

Will the new digital yuan be as popular with Chinese citizens as Bitcoin, Litecoin, Ethereum, and other cryptocurrencies were? While the Chinese government has stated that it will assure the anonymity of users of the digital yuan, given the many other ways in which the Chinese government tracks and monitors its citizens, it’s hard to believe that some sort of monitoring capability won’t be built into the new currency.

Despite the potential drawbacks, the rollout of the digital yuan should demonstrate whether national cryptocurrencies have any potential. Will the digital yuan attain anywhere near the popularity and usage of Bitcoin? Will it become a long-term investment asset like investing in Bitcoin has been? We should start to find out the answers to these questions in the coming months, as the digital yuan is introduced to the world.