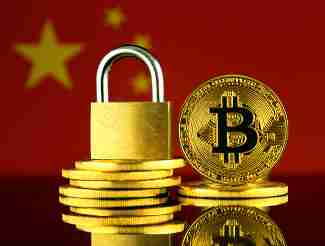 There is speculation that a Chinese cryptocurrency could even be rolled out before Facebook’s Libra is set to launch, which would certainly be a great coup for China. But would a currency that could see use by over a billion people be launched all over China immediately? Details aren’t clear, but it’s not inconceivable that a new digital yuan might be launched regionally first in order to test its efficacy and the ability of the government to control it.

What effect might a crypto-yuan have on Bitcoin? That’s a good question. It would be hard to supplant Bitcoin’s adoption outside China, which would be the major stumbling block for the crypto-yuan to gain traction worldwide. But if the crypto-yuan were to start being used outside China’s borders then there would obviously be crypto-yuan-Bitcoin exchange rates developing, allowing Chinese citizens once again to exchange their assets, even digital ones, for Bitcoin. In a way, that could be a backdoor way for everyday Chinese to get back into to Bitcoin markets, which could be a big boost for Bitcoin.

It remains to be seen whether the Chinese would trust their government’s national cryptocurrency, or whether they would prefer to use more trustworthy currencies such as Bitcoin, Litecoin, Ethereum, etc. But rest assured, there’s no way a national digital currency will supplant Bitcoin anytime soon.