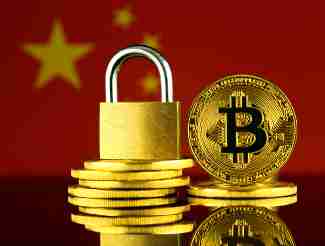 At one point the Chinese cryptocurrency market was one of the main drivers behind the popularity of Bitcoin and numerous other cryptocurrencies. Chinese exchanges dominated the Bitcoin world, while Chinese demand helped contribute to rising Bitcoin prices. But that all came to an end when China decided to ban cryptocurrency trading in early 2018.

Not only did that ban have an effect on the overall Bitcoin market and Bitcoin prices, but it also forced many Chinese actors underground. Despite the official ban on cryptocurrency trading, there remains a significant underground cryptocurrency exchange presence. Now that the Chinese central bank is ramping up its efforts to issue a digital yuan cryptocurrency of its own, it is once again cracking down on private cryptocurrency activity.

But what would really be important to see is a competition between Bitcoin and the digital yuan. With Bitcoin being officially repressed by Beijing, the government is trying to clear the arena of any competition to make sure that the digital yuan is able to get off the ground. Given the previous popularity of investing in Bitcoin in China, one has to wonder whether the digital yuan would have a snowflake’s chance of survival in a head-to-head competition against Bitcoin. Will the Chinese central bank eventually relax its stance against Bitcoin, or will Bitcoin remain relegated to the digital underground?