China to Crack Down on Bitcoin Mining? Why That’s Good News for Bitcoin Investors

Home » China to Crack Down on Bitcoin Mining? Why That’s Good News for Bitcoin Investors

China to Crack Down on Bitcoin Mining? Why That’s Good News for Bitcoin Investors 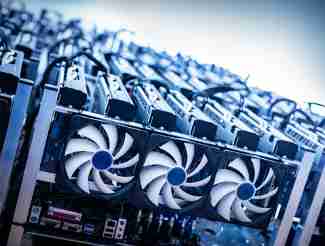 China’s National Development and Reform Commission (NDRC) recently published a draft paper that highlighted Bitcoin mining as an undesirable industry for the country. Bitcoin miners have long flocked to areas with cheap and abundant sources of electricity, which in practice means hydroelectric or geothermal energy production. Rural areas of China, upstate New York and parts of Canada, Washington state, and Iceland have all become areas to which Bitcoin and cryptocurrency miners have set up shop.

It helps even more that in some of those areas government authorities set electricity prices at lower than normal market rates, which miners take advantage of by setting up mining farms to create cryptocurrencies. But the Chinese government, which already took a dim view of Bitcoin trading, appears now to be trying to crack down on Bitcoin mining as well. If this draft proposal translates into concrete action against Chinese Bitcoin miners then it could be all she wrote for the Chinese Bitcoin mining industry.

But that’s not necessarily a bad thing for the Bitcoin industry, nor is it bad for Bitcoin investors. For one thing, the last thing anyone wants is for one country to take a dominant role in Bitcoin. With the popularity of cryptocurrency in China, it was estimated at one point in 2017 that Chinese trading accounted for 90 percent of all Bitcoin trading volume. That’s down to around 1 percent today, a monumental decrease.

And while no one wants to see heavy-handed government intervention into markets, by essentially shutting down the Bitcoin market within China the Chinese government eliminated any chance of China cornering the market. That allows other countries and other actors to enter and compete, and eliminates the chance of any single country dominating the Bitcoin market. That assures Bitcoin investors that their Bitcoin will remain safe and secure, without interference from nefarious actors.

Given the spat between the US and China over intellectual property and allegations of potential spying through Huawei hardware, there are undoubtedly many who feared Chinese dominance within the Bitcoin industry. With the government exiting that market quite firmly, those fears can be put aside for now.