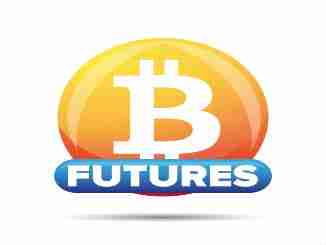 The US Commodity Futures Trading Commission plans to hold meetings this month to discuss matters affecting digital currencies, including the self-certification process used to approve the sale of Bitcoin futures. Both the Commission’s technology advisory committee and the market risk advisory committee will hold meetings to discuss issues surrounding Bitcoin and digital currency trading.

The meetings are being held in response to backlash from financial trade associations such as the Futures Industry Association, which spoke out against the CFTC’s decision to give the go-ahead to Bitcoin futures trading in December. The FIA and other industry groups thought that Bitcoin futures trading deserved more discussion before being approved. Similarly, the North American Securities Administrators Association, comprised of state and provincial securities regulators, put out warnings to investors about the supposed dangers of investing in cryptocurrencies.

The irony of the objections to self-certifying Bitcoin futures is that the self-certification process is intended specifically to overcome what otherwise could be a long, drawn-out, and circuitous process to gain regulatory approval. Industry groups would have no objections to self-certification of what they view as “standard” products traded as futures, as those products would be controlled by major players within their industry. But as soon as an outside player steps in and shakes things up, offering a product that industry insiders can’t control, all of a sudden the self-certification process isn’t sufficient and needs to be examined further.

While the CFTC isn’t likely to go back on its decision to allow self-certification of Bitcoin futures, the development and introduction of further Bitcoin financial products such as options could be slowed if the CFTC is lobbied heavily by the financial industry and is responsive to their concerns. While that wouldn’t have any immediate effect on mainstream Bitcoin trading or investment in Bitcoin IRAs, it would nonetheless be indicative of a swing in momentum back towards the established financial power brokers. Let’s hope that CFTC regulators stick to their defense of free markets and take caveat emptor to heart during their discussions.