Central Banks Once Dismissed Crypto, Now Rush to the Bandwagon 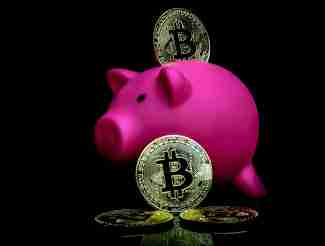 When Bitcoin was first introduced in 2009, many in the financial mainstream dismissed it as a joke or a toy. They may have been curious about how it worked, but they thought there was no way it could ever achieve any measure of success. Over a decade later, and with each bitcoin now worth nearly $12,000, their tune has changed. And it isn’t just bankers and the financial media who have changed their tune, it’s central banks as well.

Even within the past year or two, prominent Western central bankers had pooh poohed the idea that central banks would ever get into the cryptocurrency arena. They came up with reason after reason for that, from competition with commercial banks, to a lack of resources and personnel, to a lack of perceived need from the market for central bank digital currency (CBDC). But now all of a sudden central banks seem to be falling all over themselves trying to develop CBDCs. What changed?

There are probably three mains reasons central banks have gotten involved in trying to develop their own cryptocurrencies. The first is that they realized that the private sector was going to drive them out if they didn’t come up with viable competitors to Bitcoin, Litecoin, Ether, etc. Facebook’s Libra project was really the driving force that forced central banks to wake up and realize that cryptocurrencies are the way of the future.

The second reason was the fact that China is developing its own CBDC. All of a sudden Western central banks realized that if they didn’t get into the market, China might scoop them. While China’s government isn’t friendly to private cryptocurrencies such as Bitcoin, and has long sought to crack down on private cryptocurrency mining and trading, it sees the benefits of cryptocurrencies and is thus trying to create a digital yuan.

Finally, a general fear of being left behind is finally setting in at central banks. They realize that they have to remain relevant in society today, and that advances in payment systems and cryptocurrencies could relegate them to the margins. Only by developing CBDCs can central banks ensure that they still have a role to play.

While those who invest in cryptocurrencies may not rush to hold CBDCs, their development is nonetheless a positive sign for the future of cryptocurrency, and an indicator that there’s still plenty of growth ahead in the cryptocurrency world.