More Central Banks Dipping Their Toes Into the Cryptocurrency Waters

More Central Banks Dipping Their Toes Into the Cryptocurrency Waters 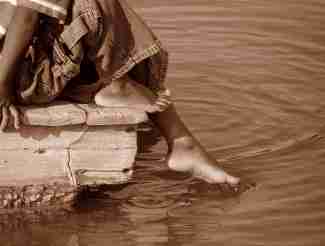 While the Chinese central bank’s digital currency plan is perhaps the best known example of the development of a central bank digital currency, it isn’t the only one. Many smaller central banks have already begun to undertake their own cryptocurrency projects. And while major central banks such as the Bank of England and European Central Bank have downplayed the likelihood that they’ll issue their own cryptocurrencies, they’re undoubtedly looking at China’s digital yuan experiment with great interest. Should China’s adoption of a government cryptocurrency be a success, it would be only a matter of time before other large central banks were to attempt to emulate the Chinese action.

It isn’t as though those other central banks are sitting by the sidelines watching, either. A recent survey by the Bank for International Settlements (BIS), the central bankers’ central bank, noted that 80 percent of central banks surveyed were working on cryptocurrencies and digital currencies in some form or another. Nearly 40 percent of those central banks had moved beyond mere working groups and studies, and were involved in experiments and proof of concept work.

The entire history of monetary development over the past two centuries has been that of the development of central banking, with governments driving out competition from private currency issuers. It used to be private mints and coin operations that were forced out of business. Then private banknotes were taxed out of circulation. Will governments try to do the same thing to Bitcoin and private cryptocurrencies?

They certainly may try to, but it’s hard to imagine them being successful. Bitcoin and other cryptocurrencies have managed not just to survive but to thrive over the past decade, despite the regulatory uncertainty that surrounded them and continues to surround them. Central banks may try to drive private cryptocurrencies out of existence, but the very nature of cryptocurrencies, not to mention their utility as investment assets and everyday currencies, may foil central banks’ attempts at cryptocurrency dominance.