Central Bankers Pulling Out the Stops to Kill Competition: Will Bitcoin Get the Axe? 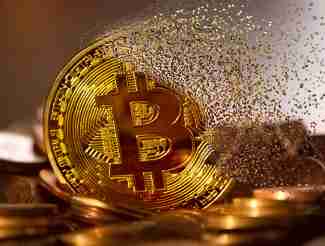 It’s no secret that central bankers don’t like competition. Governments of any type don’t, that’s why their governments. They enjoy their monopoly and seek to squelch anything that might threaten it.

Perhaps it’s not surprising that Germany has become the epicenter of the central bank anti-cryptocurrency movement. German Finance Minister Olaf Scholz has, on the one hand, stated that he wants Germany to become a leading actor in blockchain innovation and technological development, while on the other hand he wants the government to crack down on private currency issuance.

In his view, cryptocurrencies such as Libra and, presumably, Bitcoin should be banned. Per Scholz, “A core element of state sovereignty is the publication of a currency, we will not leave it to private companies.” Germany will work together with other European countries to ensure that private stablecoins such as Libra will not be able to exist as alternatives to the euro.

Since Bitcoin doesn’t have a central issuer, it would be interesting to see how Germany would try to crack down on Bitcoin. Whether used as a currency or as an investment product such as through a Bitcoin IRA, Bitcoin only continues to grow in popularity. And as events around the world have shown, Bitcoin remains resilient even in the face of opposition from repressive governments. So no matter what Germany and other governments end up doing to Libra, Bitcoin will remain just as popular as ever.