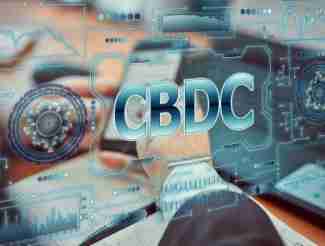 The relationship between cryptocurrencies and central banks is more entangled than you would think. Even though cryptos emerged to boot out the banks from the global financial system, ten years later, they’re still a niche payment striving to achieve wider adoption.

On the other hand, these same digital assets are making central banks rethink the future of money and how their services fit in the bigger picture. And from the looks of it, central banks will jump on the blockchain bandwagon pretty soon.

According to a 2020 survey conducted by the Bank for International Settlements, around 70% of central banks worldwide are doing some work on designing central bank digital currencies (CBDC). CBDCs are digital assets issued and governed by a central federal regulator.

The reason why banks are interested in launching CBDCs is the growing possibility of digital money replacing traditional fiat currencies in the years to come. Because of that, crypto investors believe CBDCs might replace cryptocurrencies as well and steal their market shares.

In reality, CBDCs could actually promote the use of cryptos because banks would be using the same infrastructure, strengthen it, and help cryptocurrencies overcome many of their current challenges starting with the lack of standardized regulatory framework.

Moreover, by making the blockchain space similar to the traditional banking experience, crypto purchases would become less intimidating for the general public. Centralization also means there would be almost zero volatility, one of the main arguments merchants have against cryptos. Stablecoins emerged as an attempt to stabilize these price fluctuations and CBDCs are a natural follow-up.

While crypto purists would inevitably argue against CBDCs and think of them as a direct attack on cryptocurrency values, i.e. decentralization and privacy, we cannot neglect the fact that the technology needs more mainstream acceptance to realize its full potential.

Finally, cryptocurrencies are used for more than just money payments. Popular coins like Ethereum have built a whole network of smart contracts and decentralized applications run by its native token Ether. CBDCs will instigate new use cases for digital assets and crypto investors would be the ones to profit.