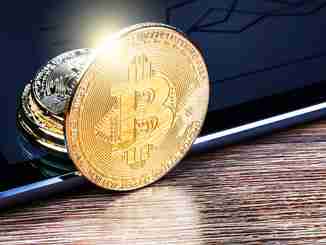 In a recent letter to the Securities and Exchange Commission (SEC), exchange operator CBOE has urged the Commission not to interfere with the development of a Bitcoin exchange-traded fund (ETF). CBOE was one of the two exchanges, along with CME, to first introduce Bitcoin futures contracts, which started trading last December. There has been much demand for additional market-traded Bitcoin financial products for investors, with a Bitcoin ETF apparently next in line for introduction.

The SEC had apparently questioned whether cryptocurrency markets were large enough, and whether they had sufficient liquidity, to support a Bitcoin ETF without the prospect of large investors being able to manipulate prices. CBOE’s stance is that a Bitcoin ETF would operate the same as any other commodity ETF, thereby limiting the ability of any one investor or group of investors to manipulate the price of Bitcoin.

While a Bitcoin ETF would be a great next step in the acceptance of Bitcoin by financial markets, it’s not the ideal for Bitcoin investors who actually want to own Bitcoin. Just like with gold ETFs, an ownership stake in the ETF means that the fund itself is supposed to own Bitcoin and issues shares that are supposed to rise and fall along with the price of Bitcoin. But owning shares in the fund doesn’t permit the investor to convert those shares into actual Bitcoin.

There’s also the possibility that the fund could issue additional shares due to investor demand, without purchasing additional Bitcoin. That would mean that there isn’t a direct and fixed correlation between the number of shares issued by the ETF and the amount of Bitcoin owned by the fund. That again is why actually owning Bitcoin is superior to owning shares in a Bitcoin fund, just like owning actual gold is superior to owning shares in a gold ETF.

And that’s why products such as a Bitcoin IRA are superior to ETFs, because you the investor own the actual Bitcoin and decide how much you own and when to buy or sell. You don’t have to worry about whether the ETF actually owns the amount of Bitcoin it says it does, because you own your own Bitcoin and control the private key. Plus a Bitcoin IRA also allows you to enjoy the same tax advantages as a traditional IRA account, allowing you to accrue gains tax-free until you take a distribution. So for Bitcoin investors who want to harness Bitcoin’s growth for their retirement savings, a Bitcoin IRA remains the choice to beat.