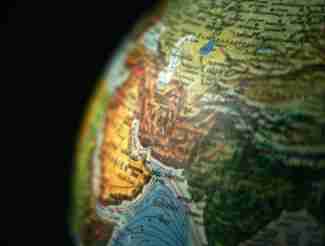 In the aftermath of the assassination of Iranian general Qasem Soleimani in Iraq, markets reacted just as many could have predicted them to. Gold and oil spiked, while stock markets slumped. But while the mainstream financial media focused on those three assets, another one made quiet gains as well: Bitcoin.

Just like gold, Bitcoin spiked on the news of Soleimani’s death. In fact, in the first week of the new year Bitcoin gained over $1,000, or about 15%. That’s a clear indicator that Bitcoin, like gold, is now seen as an investment hedge and a store of value that investors can flee to the safety of during tough times.

One has only to imagine what will happen to the Bitcoin price in the event of all-out conflict with Iran. If a few missile strikes is enough to drive the price up 15%, then an all-out war could see Bitcoin taking out its all-time high prices.

Bitcoin was already set to make great gains this year due to the economic headwinds facing the economy and the likelihood of a recession occurring this year or next. But now that everything is coming together in a perfect storm of economic, political, and international factors that have many investors pessimistic about the health of the economy in 2020, the stage is set for Bitcoin to break out this year.

Many mainstream financial pundits still like to dismiss Bitcoin as an investment asset. Yet Bitcoin’s performance last year was amazing, with 90% gains, triple that of stock markets. And with political and economic uncertainty growing every day, the case for investing in Bitcoin is growing all the time. Investors who have already invested in Bitcoin can attest to that, as they’ve seen great gains from their investments. And thus far 2020 shows no signs of those gains letting up any time soon.