Bitcoin Will Officially Be Classified as Money… in Wyoming 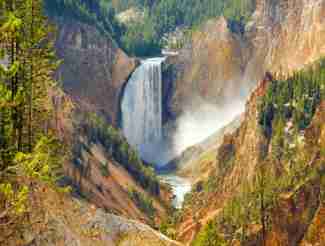 With federal regulation of Bitcoin and cryptocurrencies basically remaining stagnant, many states have taken it upon themselves to clarify the status of Bitcoin and cryptocurrencies. Ohio recently became the first state to accept Bitcoin as a payment for taxes. Online retailer Overstock already stated that it would pay some of its Ohio taxes in Bitcoin. And in Wyoming the state legislature recently passed a bill that would define Bitcoin as money. That is a very exciting development for Bitcoin enthusiasts.

Many Bitcoin proponents have contrasted Wyoming’s actions favorably, in comparison to other states such as New York that take a much stricter and harsher stance towards Bitcoin. Wyoming’s state legislature has become one of the most Bitcoin-friendly in recent years, with a whole raft of Bitcoin- and cryptocurrency-related legislation having been introduced this term.

Efforts like this at the state level are arguably more important at this point for the ultimate long-term adoption of Bitcoin as a usable cryptocurrency than action at the federal level, as federal regulators now will have to start looking at how the states are already regulating Bitcoin and cryptocurrencies and encouraging their use. Federal regulators will see that cryptocurrencies aren’t a nefarious tool used by cyber-criminals but rather a financial tool and investment asset valued by thousands and millions of users around the world. States will lead the way and the federal government will follow.